Located right at the centre of Aylesbury in Market Square, our office at Market House has just undergone extensive refurbishment to create a fantastic new managed office space for the town.

Our fully serviced office allows you to enjoy total flexibility to grow, downsize or relocate with space ranging from single desks, through to offices for 20 people. A meeting room is available on site and secure fibre internet is provided, with Wi-Fi throughout.

Pricing is fixed and agreed with you, so no hidden costs. We are highly competitive with incentives to help you get established. With a network of offices and business support connections across Buckinghamshire and Oxfordshire, you will be amazed at the value we can offer you and your business.

Aylesbury has excellent transport links with major transport hubs for rail and bus within 5 minutes walk.  Both have mainline connections to major local towns with a fast rail link to London.  There is plentiful car parking in and around the town centre with long-term permits available.

Aylesbury is a historic old market town but is growing rapidly into a thriving commercial centre. With great transport links to London it is also an attractive commuter base for those working in the capital.  It is the county town of Buckinghamshire and is located approximately 42 miles north-west of London and 17 miles south-east of Buckingham.

A few fun facts about Aylesbury are: 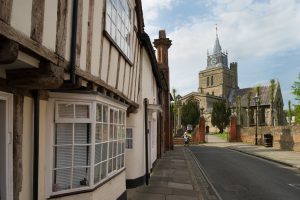 Your Home For Business